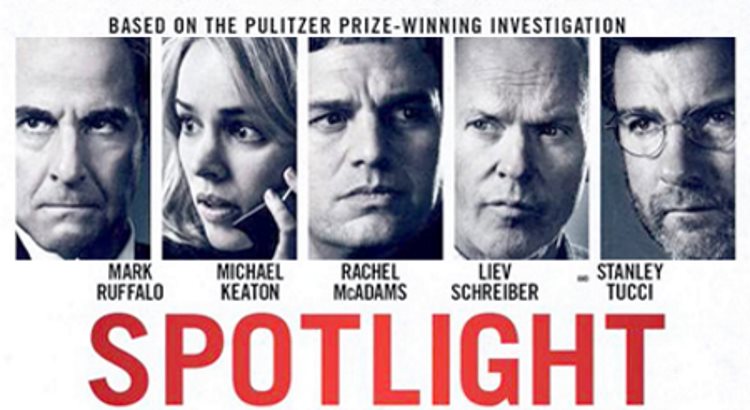 Spotlight is the true story of how a Boston (USA) newspaper has investigated the widespread sexual abuse of children by Catholic priests and how the church has systemically covered-it up for decades.

Widespread and Systemic Abuse and Cover-up

In 2002, the Boston Globe newspaper has brought into light the Catholic Church’s cover-up of sexual abuse of children in the Boston area. According to the findings, the sexual abuse of children by Catholic priests had been going on for years and was very widespread. Many child victims had killed themselves out of shame and others called ‘survivors‘ had to live a scarred life. After the newspaper reported the case of around 70 priests molesting the children for decades, more victims came out, increasing the figure to almost four times of that number. The impact of the revelation was not limited to Boston, but brought out such abuses all around the world.

How do you define celibacy?

In Catholic Church, for priests, celibacy is a must. That means, they cannot marry or involve in any sexual activity. This is a very wide definition which again became a hot debate after the late Pope (and “saint”) John Paul II’s intimate letters to a married woman came out. The idea with the clerical celibacy is devoting yourself to God. But a good number of priests take it as a free ticket to sexually abusing children.

Spotlight is a true suspense which you will enjoy thoroughly. The film takes the viewer through the fight the journalists had, to break the cover-up, not only by the church but by the whole establishment in the Boston area.

The film ends at the point the report was printed in the newspaper.

And what happened afterwards?

Most of the priests could not be tried because of the so-called ‘statue of limitation’ (the maximum period of time after an crime during which legal action can be taken). Hence, many priests have got away with what they did. The Catholic Church had to pay large sums of money to the victims or their families. And the person at the top of this whole (or should we say ‘holly’) cover-up, the Archbishop of Boston, Bernard Francis Law has resigned and he left USA, fleeing to Italy, just hours before US state troopers arrived with subpoenas seeking his grand jury testimony.

Only 2 years (2004) after this pedophilia scandal, he was appointed as Archpriest of the Basilica di Santa Maria Maggiore in Rome by then Pope John Paul II (who himself was fast tracked to ‘sainthood’ after his death). Bernard Francis Law has retired in 2011 at the age of 80, after working a whole 6 years under the reign of the German pope Benedict XVI who was supposedly to eradicate child abuse in the church. Pope Benedict XVI ‘knew more about clergy sex crimes than anyone else in church yet did little to protect children’, say critics.

Bernard Francis Law lives now a comfortable life in a gorgeous Vatican apartment complex the Palazzo della Cancelleria (Papal Chancellery) the oldest Renaissance palace in Rome. And the current pope Francis seems to have no problem with it. Not bad for someone who covered-up hundreds of pedophilia cases which caused child suicides and scarred lives…

In ‘Spotlight,’ The Boston Globe Digs Up the Catholic Church’s Dirt by A.O.Scott, The New York Times

Catholic church called to account over child abuse by Peter Bradshaw, The Guardian

The story of the abuse uncovered in the film Spotlight – it really did happen by Natalie Jamiesion, BBC

Why Spotlight should win best picture at the 2016 Oscars – (video review) by Andrew Pulwer and Tom Silverstone, The Guardian

The Incredible Story of Spotlight’s Phil Saviano: The Child Sex Abuse Survivor Who Refused to Be Silenced by the Catholic Church, People