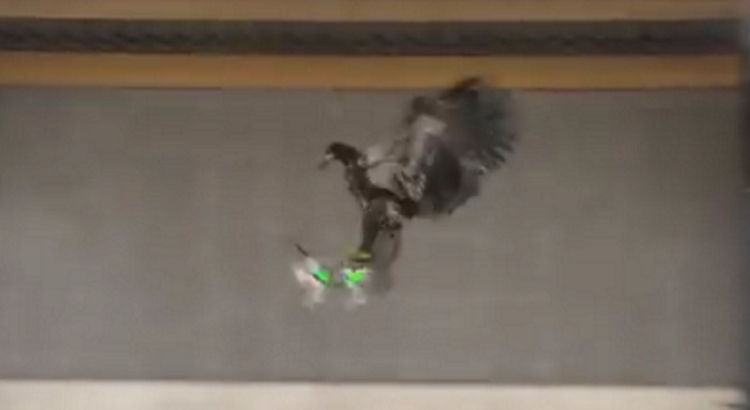 The use of drones increases exponentially. So does the the concerns regarding security, safety and privacy.

In the Netherlands, there have been reports of public services interrupted by drone use. Like trauma helicopters not being able to land to an accident area to pick up the people injured, because of the drones flying around possibly filming the accident. There are also safety concerns regarding drone flights near the Amsterdam’s Schiphol airport or over restricted areas like King’s palaces etc.

These problems are not specific to the Netherlands of course. It is a growing concern all over the world and every country busy developing different methods of tackling the problem. Like the development of “drone catching drones with nets” in USA. The Dutch police also seem to have come with a solution. It is not quite high-tech, but yet a very pragmatic one: using eagles to catch the drones.

For the project, the Dutch police uses the services of a Danish company aptly named “Guard from above”. Trainers use the instinct of the animals to regard the drones as preys to be caught and taken to a safe place.

Security organizations of other countries like the Metropolitan Police of England has also shown interest in the Dutch experiment. Before the eagles are put in to use in real situations, there are plans to tackle any safety issues like animals being injured by the fast turning propellers of the drones.

Here is how the eagle does it in a video of the Dutch police: