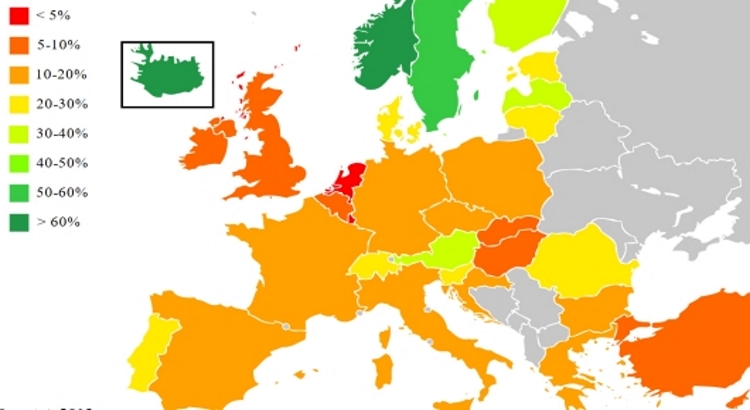 Renewable energy is generally defined as energy that is collected from resources which are naturally replenished on a human timescale, such as sunlight, wind, rain, tides, waves, and geothermal heat. This is not the case with non-renewables like oil, coal etc because they take thousands -if not millions- of years to get replenished. With the diminishing reserves of oil and other non-renewable energy sources, research centers all around the world try to better the generation of renewable energy.

Europe is big in renewables

Renewables is a big thing in Europe. More than anywhere else in the World. There is a lot of research and public funds going into renewable energy technology and Europe is truly a world leader in this area.

There is also a lot of talk from politicians over the Renewables. But actually at the end of the day how do the countries rank? The European statistical institute Eurostat has published the data and for the years 2003 and 2013, along with this map coded with 2013 data.

Still the small percentage of energy comes from renewables

On average, Europe, a leading force in renewables still produces a small percentage of its energy from renewable sources like wind, hydro, bio and sun. When you look at the data, apart from usual suspects, one unexpected country does shockingly bad: The Netherlands.

Here are the Eurostat data for each European country for the years 2003 and 2013: 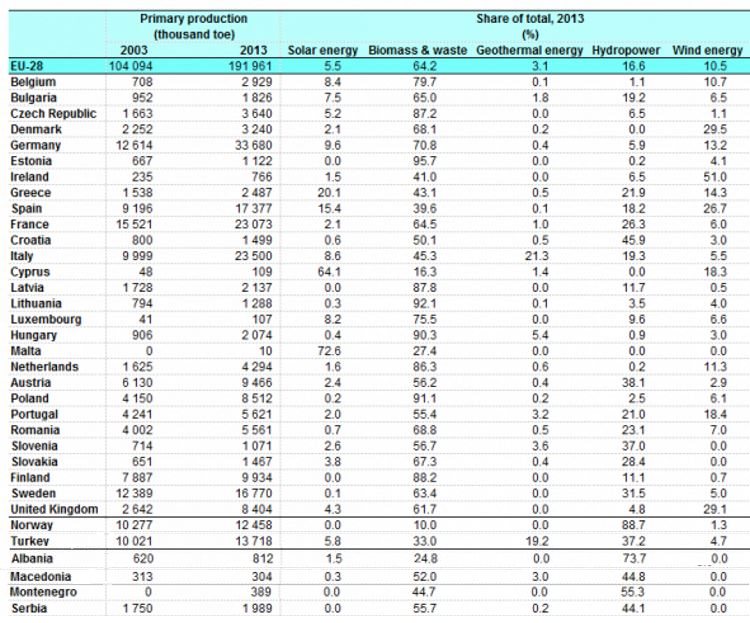